A Tower Stands at the Center of the Universe…

…of which Earth is just one part. It protects the universe from demons and whatnot that lie beyond, but it’s said the mind of a child could bring it down.

To condense THOUSANDS of pages from several books into 95 minutes is not possible. Inevitably, things will be left out, and of course the books are always “better”. Also to be noted, I have not read the books. That being said, I went into The Dark Tower with an open mind. Was it the best movie I’ve ever seen? No. But it definitely wasn’t the worst and contrary to popular opinion, I really enjoyed it! For those who HAVE read the novels, I’ve been told that the movie has some variations. Keeping that in mind – BEWARE: Spoilers ahead.

The movie centers on Jake Chambers. A young boy who lives with his mother and not so awesome stepfather. Jake has visions/vivid dreams, and recreates these images through his drawings. His dreams seem to coincide with increasingly intense earthquakes and he begins to see what he calls “skin people” around him.

At the urging of his stepfather, Jake’s mother sends him to therapy to which the therapist rationalizes Jake’s nightmares to be the result of his father’s death. Jake’s mother then arranges for him to be sent to an in-patient treatment facility. When the facility reps come to transport Jake, he notices that these aren’t people, he sees the sign of “the skin people”.

Jake manages to elude them and sets off into an adventure in and out of different portals and worlds. Jake discovers his visions and drawings weren’t his imagination, they are REAL. He meets Roland Deschain, a Gunslinger, and together they set out on a quest to save The Dark Tower, which if destroyed, will result in the extinction of all existence. During the journey, Roland teaches Jake the Gunslinger’s Creed which comes into play several times throughout the film:

The mission to save The Dark Tower is put at risk as Walter o’Dim, The Man in Black, a sorcerer, is tracking Jake and Roland. Jake has a gift, “the shine”, which Walter can fixate on and locate him. This “shine” also has the ability to destroy The Dark Tower, and that is what The Man in Black is determined to do. Walter’s powers are fierce, and all who have traveled with The Gunslinger have been defeated by these powers. The Man in Black tells Roland: “Death Always Wins.”

But does it? Find out for yourself! The Dark Tower is in theaters August 4, 2017. Running time 95 minutes, PG-13. Directed by: Nikolaj Arcel, Starring: Idris Elba, Matthew McConaughey, Tom Taylor.

Final thoughts: The acting was great! Matthew McConaughey plays an excellent creep! Idris Elba is the perfect mix of serious, funny, and badass! There are several humorous parts throughout the film, particularly when Roland visits “Keystone Earth.” I also noticed several references throughout the film to other Stephen King creations including, Cujo, Christine, and IT. I am sure I missed many more. Did you catch additional references that I didn’t? Comment below and tell us what Stephen King tidbits you saw!

Special thanks to Allied Integrated Marketing, Darkness Radio and AMC Rosedale 14 Theater, MN, for allowing me to view this screening! 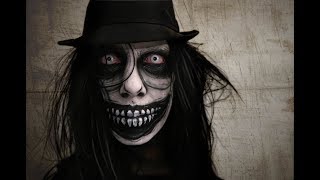